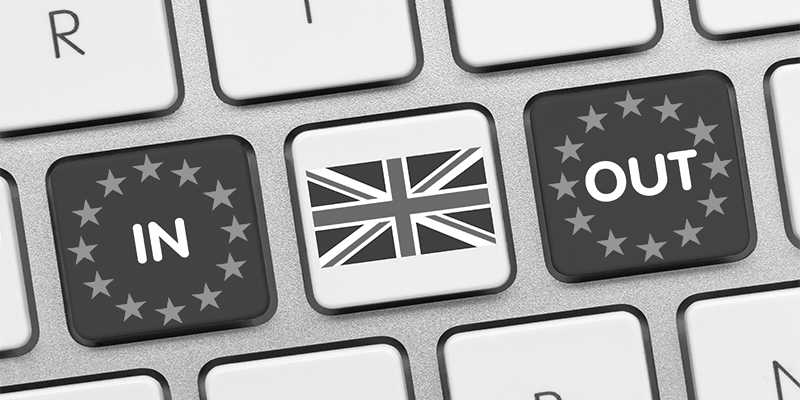 The Future of Cloud Hosting Post-Brexit

It’s little over a month on from the Brexit ballot where voters opted to discontinue Britain’s membership of the European Union, but the full scale of the fallout is still yet to be felt throughout the technology sector.

Although it was predicted that the short-term effects would be negligible, it is also true that we have no more information about the long term consequences either- the fact that 87% of the London technology industry voted to remain hints, at the very least, of an adverse future ahead. Below we’ll examine some significant information to bolster this claim so that your business is able to navigate the hosting services post-Brexit landscape.

Firstly, the ‘out’ vote has made no impact on the UK’s involvement with the implementation of the EU General Data Protection Regulation (GDPR) which is set to come into full effect in a mere two years. The UK will be required to match GDPR standards in order to join the European Free Trade Association and achieve an ‘adequacy’ decision- which is required to ensure data can move freely from EU countries and therefore keep UK based companies trading in the digital world. Nicola Fulford, Head of Data Protection at Kemp Little concluded that: “It is unlikely that, either in the short, medium or long term, Brexit will result in a material departure of UK law and practice from EU law in relation to the use and protection of personal data.”

Secondly, the impact to growth for UK technology businesses will be substantial – the UK simply does not have enough qualified and skilled engineers or tech professionals to drive growth on its own. At present this sector is subsidised by the free movement of professionals within the EU- a facet of EU legislation that is set to be wiped out as a result of the Brexit vote. With the resolution of Article 50 there will be no real reason why a skilled European worker may not choose to pursue a role within the USA or Hong Kong instead of Britain after considering that the migration controls are similarly strict.

The high level of equivocation surrounding Brexit has been a standout feature of the debate, with some even suggesting that the only certainty about Britain leaving the EU is that the cloud computing ecosystem is going to see some turbulence and uncertainty ahead. This has encouraged a number of speculative scenarios which see UK data centre plans being put on hold as foreign business deteriorates.

As yet though these remain just a forecast, and in spite of the warnings of uncertainty there has been a lack of significant change from the time of the vote to the present day. Of course there remains a highly likely scenario where the post-Brexit future of UK cloud hosting comes under considerable strain but there are choices available in the meantime.

As explained above, UK based businesses will need to adhere to the stricter GDPR standards in the upcoming years if they require data to move throughout the EU. However, these restrictions do not apply if your business chooses to cloud host with a UK based hosting provider. Therefore, if you are new to the world of cloud solutions, or are currently investigating server providers for to your business, it makes sense to prioritise those cloud services such as dedicated servers or bare metal cloud that use only UK based data centres. Moreover, if you have any current services that are due to be renewed then now might be the time to think about switching to UK based server providers.

Ensuring that your businesses data is stored in a secure and accessible environment is essential, especially during the current uncertain climate that has resulted from the Brexit vote.