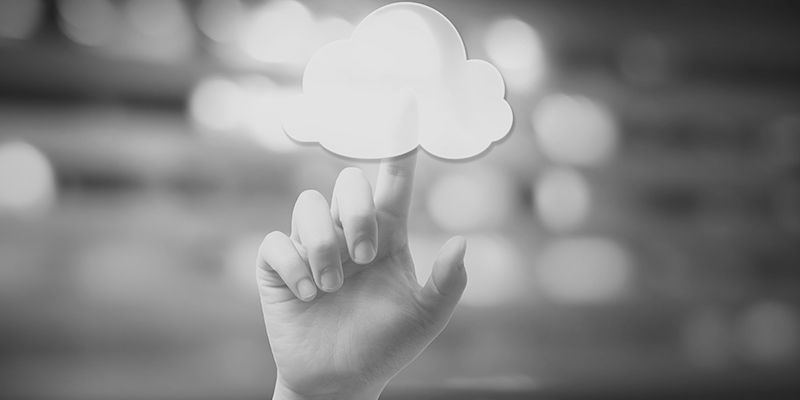 Google have issued a statement of intent within the cloud-computing industry by acquiring commerce platform Orbitera for an estimated fee in excess of $100 million. This most recent purchase comes just days after a Gartner report saw Amazon Web Services crowned king of the cloud, and unveils Google’s aspirations to challenge for the coveted cloud throne.

Infrastructure as a service (IaaS) cloud revenue is expected to triple to $43.6 billion by 2020, up from $12.6 billion in 2015, according to research firm IDC. This is good news for the likes of big cloud players such as Google, Microsoft, IBM and Amazon, the latter of which capture over half of all total revenue in the public cloud market.

Amazon Web Services (AWS), began its cloud project over a decade ago and is now the leader in an increasingly competitive market. The company raked in $2.66 billion during the second quarter of 2016 – a 58 percent increase on the previous year and the most revenue ever captured in a quarter.

Google also experienced positive second quarter earnings, as their parent company Alphabet announced their ‘Other Revenues’ segment, which includes its cloud services, jumped more than 30 percent, compared with its first quarter, to $2.2 billion. But it is the Orbitera merge that has been grabbing the headlines, as it signifies more than just a challenge to Amazon and current cloud competitors, it also marks a change in strategy – namely a move to a multi-cloud system.

Multi-cloud strategies have become more common as enterprise organisations attempt to further establish the platform and increase its credibility within the industry. Orbitera is a platform which acts as a marketplace for cloud solutions, simplifying the way consumers search for and purchase products.

Up until now the Google Cloud Platform has not been available for customers to buy through this marketplace system, but all that is set to change as a result of this new deal. A Google spokesperson said: “This acquisition will not only improve support of software vendors on Google Cloud Platform but also provides customers with more choice and flexibility in today’s multi-cloud world.”

Although Google is generally ranked within the top three cloud providers worldwide, the gap between AWS, Microsoft and Google in third place has been widening slightly in recent quarters. Google is moving rapidly to change this, and before announcing the Orbitera acquisition they also reported a 15 percent decrease in power expenditure, from utilising artificial intelligence, across their factories. On top of this, the technology giant has greenlighted plans to develop a further $600 million data centre in Oregon, increasing total spending in this destination to nearly $2 billion.

In spite of these plans, Synergy Research Group estimate that AWS is currently three times the size of any of its nearest competitors, meaning that Google has their work cut out to close the gap. However, considering that the tech-giant runs a huge network of sophisticated data centres, has won over a number of high-profile corporate clients and its parent company currently sits on a war chest of $80 billion, there is plenty of opportunity for Google to strengthen its position within the cloud-computing market. In this vein, Forrester’s Dave Bartoletti has said: “No one innovates like Google. They now have to turn that innovation into products and relationships that make enterprise customers comfortable. Enterprise buys from companies they know and like.”

If nothing else, the Orbitera acquisition has strengthened Google’s resolve within the competitive cloud-hosting industry. The multi-cloud strategy may well not prove to be the emphasis needed to close the gap on current market leader AWS, but it does offer a compelling, rivalrous way of thinking about enterprise infrastructure. Still, that’s not to say that either company are faultless in their cloud-computing pursuits, and if the Gartner report is anything to go by, they both have a way to go.

In spite of AWS’s current dominance in the market, there have been significant criticisms about its functionality. This was echoed within the Gartner research, which cautioned that “optimum use requires expertise” and that the company “is not eager to be the lowest-cost bidder.” In the same vein, the report also noted that Google “is still in the rudimentary stages of learning to engage with enterprise and mid-market customers, especially those that are not technology-centric businesses.”

Whilst AWS and Google were both on the receiving end of Gartner’s judgements, the other big-four competitors Microsoft and IBM were equally critiqued – the report discovered that in the case of Microsoft Azure not all functionality is thoroughly implemented or easy enough to use, whilst, IBM’s SoftLayer “is missing many cloud IaaS capabilities desired by mid-market and enterprise customers.”

In the world of cloud-computing, whether it’s public cloud, a bare metal platform, or a hybrid cloud mix it is important to remember that bigger does not necessarily equal better.